Experience. Brian Egan has been the Director of Bands for the Southwest Local School districts since 2012. Prior to moving to Southwest Ohio, Mr. Egan was the director of bands at Bellevue Independent in KY, Assistant Director in LaRue County KY and West Orange Stark in TX. Since accepting the position at William Henry Harrison High School, the band has moved back to competition in the MSBA circuit and is performing 10-15 concerts a year. Mr. Egan is also active in the DCA and DCI world, consulting with many local Drum and Bugle Corps.

Performances. Mr. Egan is an active musician and conductor, performing with many brass quintets and symphonic ensembles in the southwest Ohio region. Throughout college Mr. Egan performed in the top wind ensemble at Morehead State University, which allowed him to perform and travel to Brazil. Mr. Egan has participated in Marching Band, Jazz Band, Pep Band and Drum and Bugle Corps.

Personal. When he is not at Harrison, Mr. Egan resides in Springdale where he spends his time with his wife, Mandi and son Brody. Mr. Egan also has a dog-named Satchmo. When Mr. Egan is not teaching or performing he enjoys exploring and going off road in his Jeep.

An active musician, Prew performs with many local bands and on many recordings. Most recently, Prew has joined the band Josh McIntosh & Company. This band performs almost every weekend in Northern Kentucky/Cincinnati. Recently, Josh McIntosh & Company has performed at the Time Warner stage at Riverbend Music Center, performing the opening acts for bands and singers such as Toby Keith and Aerosmith.

Prew has also recorded and performed with the band Sunday Night Flight, a local group performing versions of many popular songs with a contemporary, jazz -fusion style, along with the band’s original works.

Prew has performed in many of the ensembles at Northern Kentucky University (NKU), including the award-winning Chamber Jazz Ensemble. The Chamber Jazz Ensemble has performed with and worked with internationally renowned musicians. This list includes: Jeff Coffin, Branford Marsalis, and Brad Goode. Recently, the Chamber Jazz Ensemble was selected to perform at the Jazz Educator’s Network International Conference in Atlanta, Georgia. Prew has also performed with the NKU Symphonic Winds, one of the premier college symphonic bands in the region. This ensemble has been selected to perform at many state conferences, such as the Kentucky Music Educator’s Association (KMEA) and the Ohio Music Educator’s Association (OMEA).

In addition the these remarkable ensembles, Prew has also performed and been a part of the Saxophone Quartet, Super Sax ensemble, Jazz Combos, and the NKU Big Band. Brandon has performed at many state and national conferences, including the KMEA conference, OMEA conference, and the JEN conference. 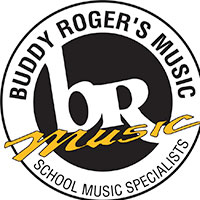